Good afternoon and welcome to the skewered literary world of G.B. Miller, where fact is fiction and fiction is a thinly veiled interpretation of reality.

Today is July 1, 2020. Which is also a Wednesday, which means it's time for our monthly participation in the IWSG blog hop. Sadly there is no real writing progress to talk about.

Instead, we will talk about our continued lack of writing and motivation.

2020 has been a very serious bust for me. Between issues with family and work (COVID19 among other things), there has been a complete lack of motivation to write, whether it's regular writing or blog writing.

So after some very careful consideration, I've decided to take the 2nd most drastic step when it comes to blogging: going on hiatus.

Truth be told, I'm thinking that once the weather starts to turn come September, I'll be better motivated to write, because presently, staying indoors on the weekend (or even when it's not work related), is really not conducive to my mental health and well being.

I'll still be tripping around visiting a few bloggers hither and yither, since I really need something to read in the mornings, as well as tidying up my remaining active blogs, but for the most part, I'm taking a much needed mental break from blogging.

Have a fantastic week!

Email ThisBlogThis!Share to TwitterShare to FacebookShare to Pinterest
Labels: Blog, Brain Squeezins, Me Myself & I, Muse

Greetings and Salutations, and welcome to the skewered literary world of G.B. Miller. I thought for a change of pace, I would talk about something that ins't near or dear to my heart in any way, shape or fashion, but it is something that I have a more than a passing knowledge of. And for an added bonus, this actually ties in quite snugly with the protest flavor of the month, defunding the police.

For those of you who may be first time visitors to this blog and don't know diddly/squat about me, I work for a state guv'ment agency. Who I actually work for doesn't really matter, since the job I perform (payroll) is quite interchangeable with other agencies.

Anywho, performing my job for the last 16+ years has given me a cockroach's eye-view of a plethora of public sector union contracts. And armed with that knowledge, I'm going to make a solid argument tying the public sector unions, money and politicians (mostly Democrats) together as a reason why defunding the police is not going to work and why accountability will never happen so long as that particular triad is functioning.

For the most part, all pubic sector contracts contain about 85% boilerplate language. In other words, if you open a typical public sector contract (which you can easily find on any state government website) (for CT, it would be Office of Purchasing Management, sub agency Dept of Labor, sub section, labor contracts), about 85% of the language is all the same. The other 15% would contain language specific for that particular bargaining unit (compensation mostly, and some grievance procedures), like disciplinary matters (up to and including termination)

What now follows is a basic description of the procedures that have to be followed in order to potentially terminate a public sector union employee.

2} Once you succeed in collecting a good paper trail, you'll will have those pesky little union hearings. Again, you will have to have all your ducks in a row, with all of your "I's" dotted and your "T's" crossed. Miss anything, and I mean anything, you will have to start back at square one.

3} I forgot to mention that one of those pesky little union hearings actually requires a fact finding hearing called a Loudermill had to be held. This is a requirement if you want to actually terminate any kind of public sector employee. Failure to do will result in starting over from scratch.

4} If, somehow by the grace of whatever deity you choose to worship, you make it this far, you get to pitch your case in front of an incredibly biased arbitration juror. I say biased, because for the exception of sports, entertainment and most large business, 99% of the time these arbiters favor the union employees. Need I say more?

5} On the very slim (like infinitesimal)  chance that you might win, you can terminate the employee. Even then, you might not be out of the woods. The appeals process is wonderful thing, which in turn can make you simply pay the person to go away. Heavily.

6} More often than not, you'll have to take the employee, who if this was the real world, would stay justifiably fired. This will only make the general public hate unions even more.

Worst case example: that twat who stayed outside the Stoneman Douglas High school was rehired. With full back pay and seniority restored. Click on the link for sordid details.

So when people in the know who aren't MSM or Democrats tell you that a public sector employee can't be fired, believe them 100%. Democrats are the root of all the problems with public sector unions (in our state, for the longest time the Democrats were too scared to actually vote for anyone public sector contracts whenever they came out for renewal, preferring instead to just sit on their dainty money-grubbing hands and let it become legal after a 30 day grace period) and so long as they willingly drop their pants and spread them wide,  the problems will continue to exist.

Btw, you can thank Democrats for all of the fiscal problems in the blue states that they run because a good chunk of their fiscal insanity is directly due to the overly generous union contracts that were created through bad faith bargaining.

Email ThisBlogThis!Share to TwitterShare to FacebookShare to Pinterest
Labels: Blog, Brain Squeezins, Me Myself & I, Thoughts

Welcome to the skewered literary world of G.B. Miller, where this fictional place is more real than your current reality.

Today, we have our monthly IWSG post, which seems to be the only way of late that gets me off my ass to blog.

For a change of pace, I thought I would come up with something original to talk about, as opposed to using the very good optional question this month.

My writing has ceased to be. Bereft of purpose, it has moved twelve feet under and joined the choir invisible. So one can assume that we are, temporarily, an ex-writer.

While I did manage to crank out about 2k words for a short story that I've been working on for the pat month, by and large, the motivation simply hasn't been there since late 2019. Life, like younger child off to college and older child married has gradually cratered to financial stress, some personal family issues and teleworking/telecommuting for the past three months.

I'm not quite sure if or when I will get back into the writing game again, or even the blogging game for that matter.

So this is my IWSG post for the month. A bit short and none-too-sweet, but it is what it is. Maybe later in June I'll be in a better frame of mine to do some actual blogging and/or writing.

Greetings and Salutations from New England and welcome to the monthly blog post of the IWSG, where writers from around the world  get together to talk smack about their writing, both good and bad.

A small explanation about the post title. Apparently while I was getting ready to write this nifty little post, I discovered that I wrote two, count 'em, two episode #14's. So yeah, a full pinochle deck I was playing with not.

So instead of using the optional question of how do I get into the zone for writing (haven't done much in the way of writing, but when I did, it was basically, peace; quite; editing note, then write),  I decided instead to talk about a shrot story that I started writing {Yay!}.

Lately whenever I decide to write a short story, I make a really hard-water left turn towards the macabre. I'm not sure why, since I don't really read that much in that genre (and other horror genres), but it seems a little easier to just go off in that direction with no rhyme or reason to speak of.

This particular short story, working title "What A Day..." was directly inspired by the fact that I have been teleworking/telecommuting from home since mid March and much like everyone else who is doing it, I'm beyond over in doing it.

I open the door to the basement, sigh disgustedly, before tromping down the stairs towards my office. I wasn’t too thrilled about it, since this was now day 31 of my enforced telecommuting and the redundancy of it all left me with a sour cotton mouth and twisted sense of indignation.


But quickly dovetails to internal organs, disembodied voices, psycho animals and other assorted ghoulies. Just like my latest project sitting on the back burner, I found it wickedly easy to explore the dark recesses of my mind. And I also find it wickedly easy to write it like this is simply a normal day-to-day occurrence: no outrage, no OMG, no "run to the hills". Instead, it's more like a, "honey, can you make sure to pick up a gallon of milk while you're out and about?" mentality. 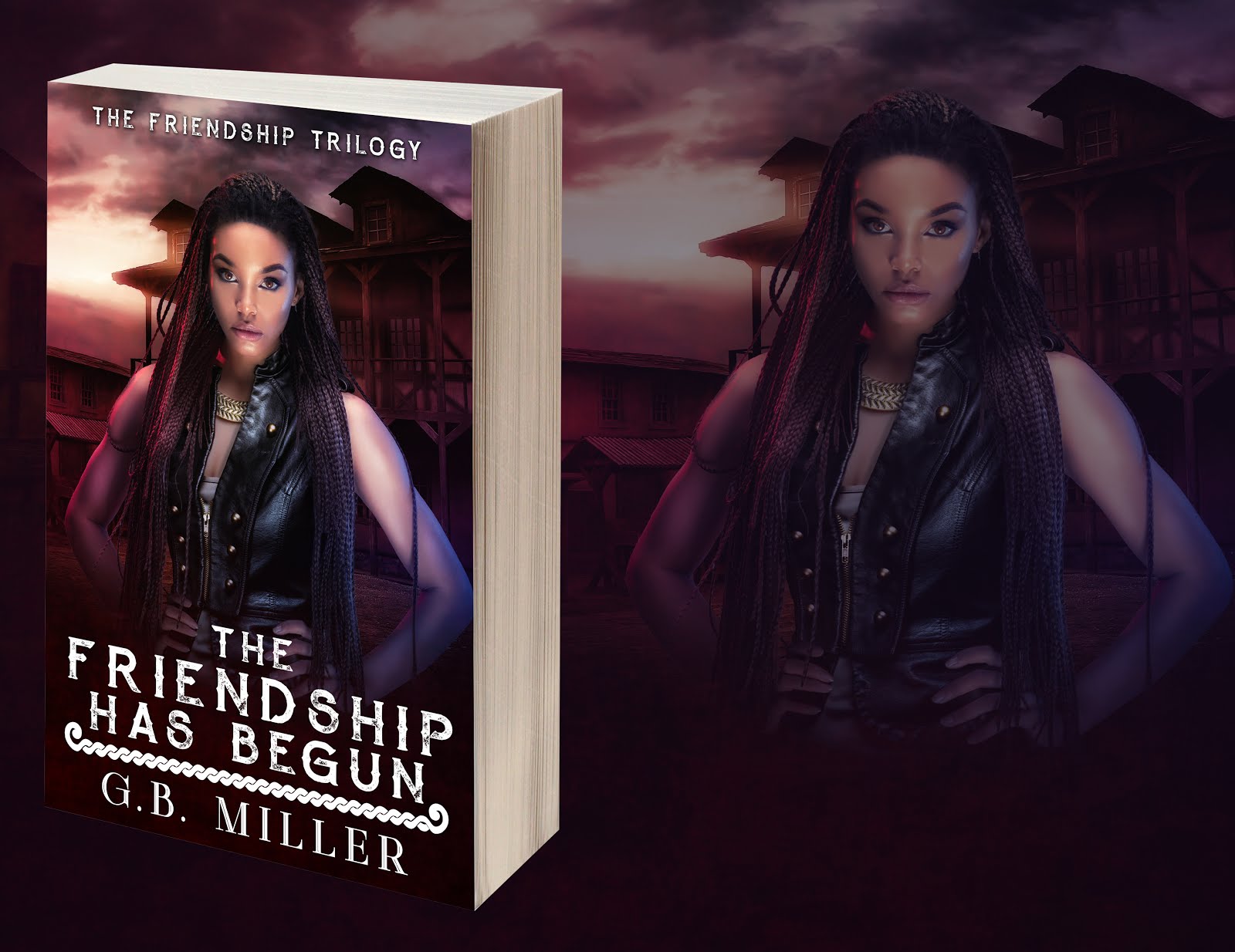 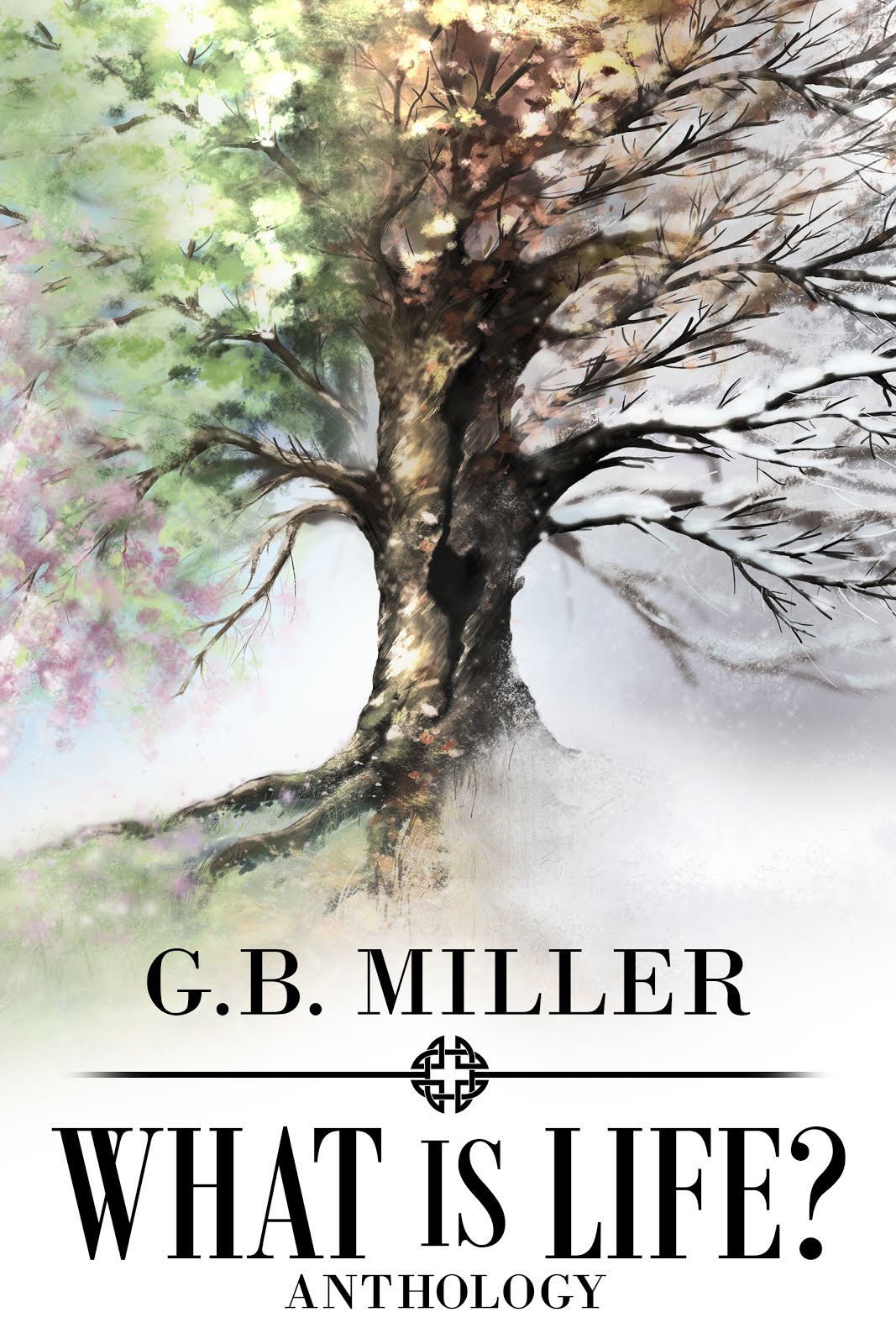 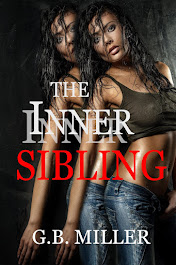 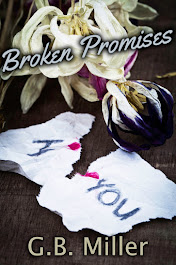 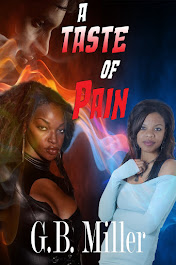 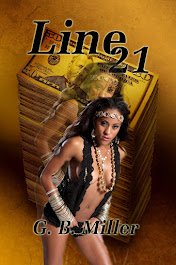 Personalized copies for the above-mentioned books can be had @ Father Nature's Corner or @ Books By G.B. Miller

G. B. Miller
I'm a state worker drone and a hack of the written word. My published writings can be found @ Books by G.B. Miller